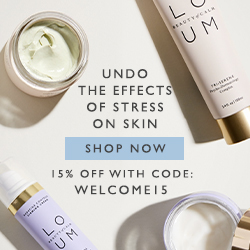 As Blu-ray players are becoming more popular, electronics manufacturers are striving to introduce new products to meet the high standards that consumers expect. Samsung Electronics recently unveiled a brand new range of Blu-ray players featuring the Samsung Internet@TV alongside high definition video. The company’s new players have shown that they are perfect for dealing with the future of digital media, as the players have internet connectivity and are able to bring it to TVs directly.

The Samsung BD-C6500 1080p is one of the latest Blu-ray players from this range. This player has the ability to playback full HD 1080p video along with Dolby Digital sound. It can also output it through S-Video, Optical, HDMI and 7.1 analog audio. All these great features aside, one of the most interesting features of this Samsung Blu-ray player is its integration to online media and the internet.

In terms of looks, Samsung could not have lavished more attention on this Blu-ray player. The BD-C6500 has an extremely sleek design with a glossy jet-black finish. Consumers do not have to worry about protruding buttons spoiling the appearance of this neat player. In fact, even the disc tray is barely noticeable as it is hidden very cleverly behind some trim. You may actually need to push the eject button to locate the tray.

Of course, the most important question about this Blu-ray player is the kind of picture it offers. Unsurprisingly, and like most of Samsung’s other products, the player offers good picture quality. Pictures are sharp, clear and free of distortion. Black levels on the BD-C6500 are quite impressive as well. One of the things that complements the deep blacks well is the brighter colours, the vibrancy of which makes the viewing experience great for consumers.

Save on Summer Style! Find your faves for the season - capris, shorts & more on sale.

Samsung’s BD-C6500 has a very quick boot time of just 15 seconds. It also has an in-built Wi-Fi adapter so that users can connect it to their home network. For those users who want to connect it directly to their network, the company has also provided a Cat-5 cable. It is important to note this excellent feature of the BD-C6500 as many Blu-ray players are now Wi-Fi Ready. This means that they have an available USB port where a Wi-Fi adapter can be plugged in. Of course, this has to be bought separately so that it can be connected wirelessly.

Regardless of this, a wireless connection to the internet is fairly easy with the Samsung BD-C6500. The device can even walk users through the necessary steps until they find the wireless broadcast. With this connection, users can access the Samsung Internet@TV feature, which includes applications such as YouTube, Blockbuster, Pandora, Picasa and Netflix. It also includes a news and weather channel.

The interface allows searching and navigation of other applications, making connecting to Pandora and Netflix accounts both easy and quick. For watching videos, this Blu-ray player enables easy connection to YouTube with an approximate 1.5M connection. Along with the Samsung Apps, the company has included a few additional features. While some of these are already available on the player, the company said that it will probably include a few more soon. 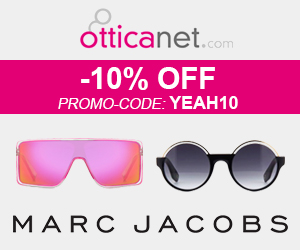 There is, however, a slight delay after navigating the Internet@TV as the next screen does take a few seconds to show. But this is not too much of a problem once you get used to it. Overall, the Samsung BD-C6500 is a great Blu-ray player that offers a more than good quality picture. Considering its automatic updatable online features and ability to bring online digital media to home TVs, as well as its affordable price, it definitely seems to be one of the best in the current selection right now.