A persistent cough that doesn’t go away is one of the most common early symptoms of lung cancer. These lung cancer symptoms are often ignored or attributed to something else, especially when it is first noticed in the colder months. Though there are many causes for a persistent cough, one that lasts for longer than a few weeks can be a sign of a serious medical condition.

For people who have chronic lung conditions such as COPD, asthma, gastroesophageal reflux, and other conditions that cause chronic coughing, these symptoms of lung cancer can often be missed. A persistent cough that is accompanied by any blood in the mucus, or phlegm, should be reported to a medical professional immediately for diagnostic testing.

Because tumors in the lungs can often press on the nerves that reach into the upper body, pain in the shoulders, chest, back, or arms should always be examined. Even before tumors can cause difficulty with breathing or cause persistent coughing, they can cause painful nerve pressure that makes going about every day activities difficult. This is one of the signs and symptoms of lung cancer that is often overlooked in the early stages as many people attribute these pains to activities or injuries that were acquired over the course of any regular day. Approximately fifty percent of lung cancer patients have experienced pain in their chest or shoulders during the time period of their diagnosis. If any upper body pain increases when an individual breathes or coughs, this is a major warning sign that should not be ignored. 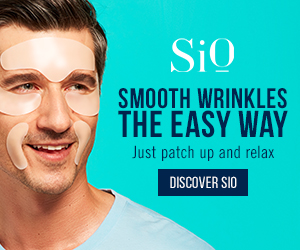 One of the most common yet overlooked early lung cancer symptoms is the repetition of respiratory infections such as bronchitis or pneumonia. If a tumor has grown near the airways, it can get in the way of regular respiratory functions and aid in the development of infections. It is not an uncommon occurrence for a person to discover that they have lung cancer after numerous rounds of bronchitis or pneumonia. Though these chronic conditions could be a sign of COPD or another lung condition, it is always the best option to check with a medical professional to ensure there is no risk for a more severe diagnosis such as lung cancer.

Though this seems common, shortness of breath is another very common factor in symptoms for lung cancer. Many individuals may ignore the onset of shortness of breath due to their increasing age; and many others may dismiss it because they aren’t up to speed with a regular exercise regimen. Though it may not seem abnormal to experience shortness of breath, it should not be ignored if this symptom of lung cancer appears out of the blue.

Other Signs of Lung Cancer

Just as there are many different types of lung cancer, including small and non-small cell varieties of the condition, there are also many signs of lung cancer that people may not seem concerned about when they first experience them. Symptoms such as hoarseness in the throat and voice and wheezing may not be as noticeable to people who have smoked as they would be to non smokers; however, 80 percent of lung cancer cases are considered non-small cell lung cancer- the type most often found in non-smoking lung cancer sufferers.

For a Limited Time, Buy 3 and Get 1 Free Maternity and Nursing Bra at A Pea in The Pod! Shop Now

If an individual experiences any one or a combination of the above symptoms for lung cancer, or any other signs they consider to be concerning, they should contact their doctor immediately for a consultation and the appropriate, routine testing to determine a diagnosis.